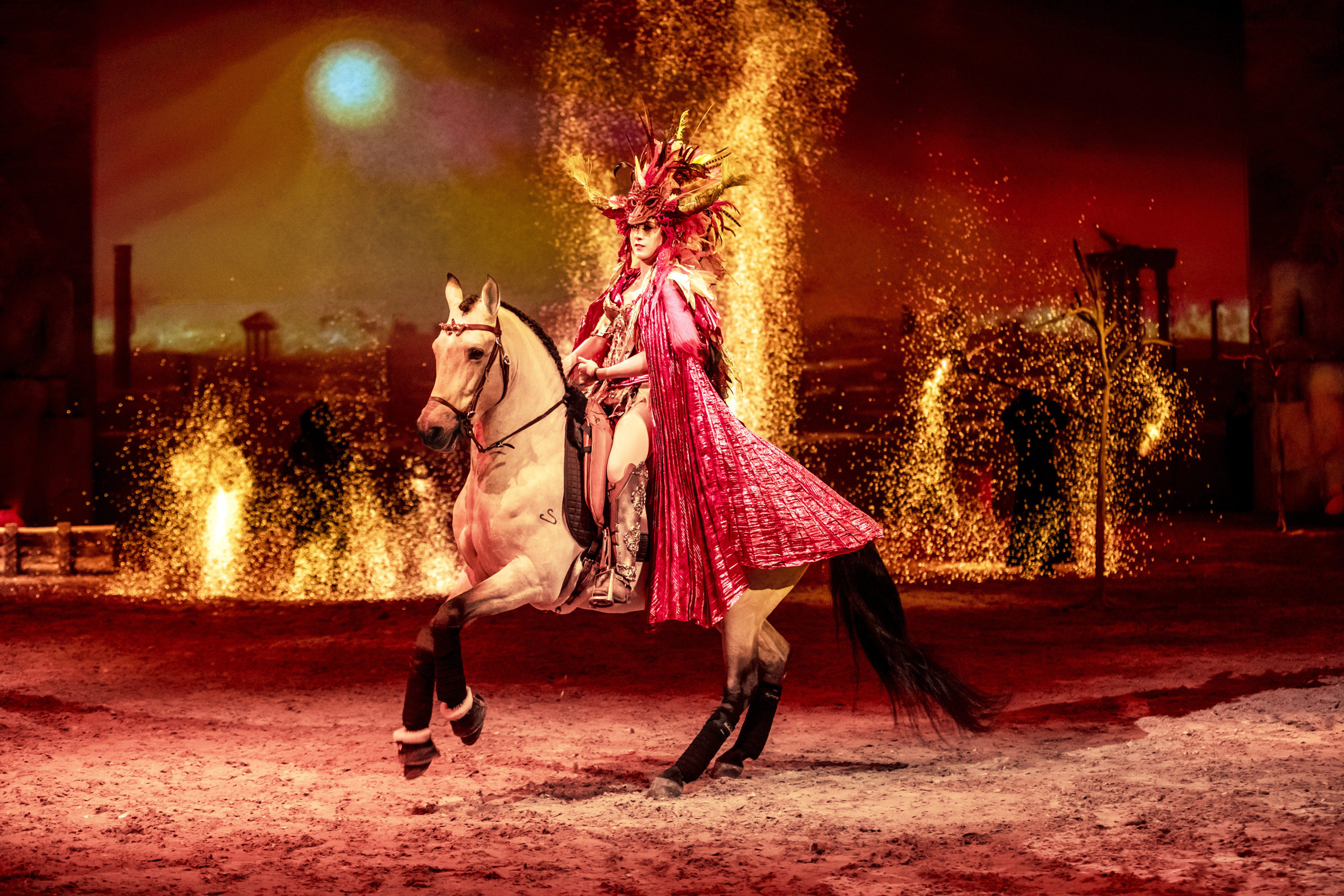 Please note that tickets that have already been purchased remain valid if the date is postponed.

In the event of an event that has been permanently canceled, the tickets can be returned to the respective advance booking office.

THE SUCCESSFUL HORSE SHOW IN JUNE 2021 IN GRAZ!

Europe’s most popular horse show returns. CAVALLUNA is touring for the second time in more than 30 cities. The new “Legend of the Desert” program promises a perfect combination of the highest levels of riding and entertainment, seamlessly following the successes of previous shows, which, since 2003 have touched and amazed more than 7.5 million visitors across Europe. The young and old alike can start looking forward to an unforgettable journey through oriental worlds.

Creative director Klaus Hillebrecht, already an integral part of the CAVALLUNA team since “Companions of the Light” and “World of Fantasy”, once again inspires with wonderful scenery, grandiose staging and an unmistakable soundtrack. In an inimitable way, the Emmy-nominated composer manages to allow the show to shine in ever new dimensions. The dreamlike scenes are accompanied by breathtaking performances in which humans and animals work together in complete harmony to bring the wonderful story to life.

The more than 60 animals, their riders and an international dance ensemble guarantee an unforgettable show experience: The daring trick riders of the Hasta Luego Academy, as well as the teams of the classical dressage lead by Luis Valença and Filipe Fernandes, the donkeys of comedy talent Laurent Jahan or the freedom artist Bartolo Messina who, this time also has his very small show stars with him. The well-known horse trainer Kenzie Dysli, who was still working as a horse consultant at “World of Fantasy”, is now swapping the backstage area for the riding track and will inspire the public together with her horses as the leading performer of the show.

“Legend of the Desert” tells the story of the beautiful Princess Samira who is to be crowned Queen. The pompous ceremony, however, is foiled by her evil cousin Abdul – a spectacular adventure begins with the fight between good and evil! Accompanied by a wild horse, the princess must unravel the mystery of the fabled Amazons of the Elements and learn how to stand up to the machinations of her cousin accompanied by the power of nature, because not only her people, but her entire empire are in the greatest danger! Will Samira make it in time to accomplish this daring mission and save everything dear to her?

In “CAVALLUNA – Legend of the Desert”, the audience will witness a fantastic synthesis of classical riding art, impressive dance and touching music. Experience thrilling action, touching moments and deep trust, and be there when a fairytale legend comes to life … 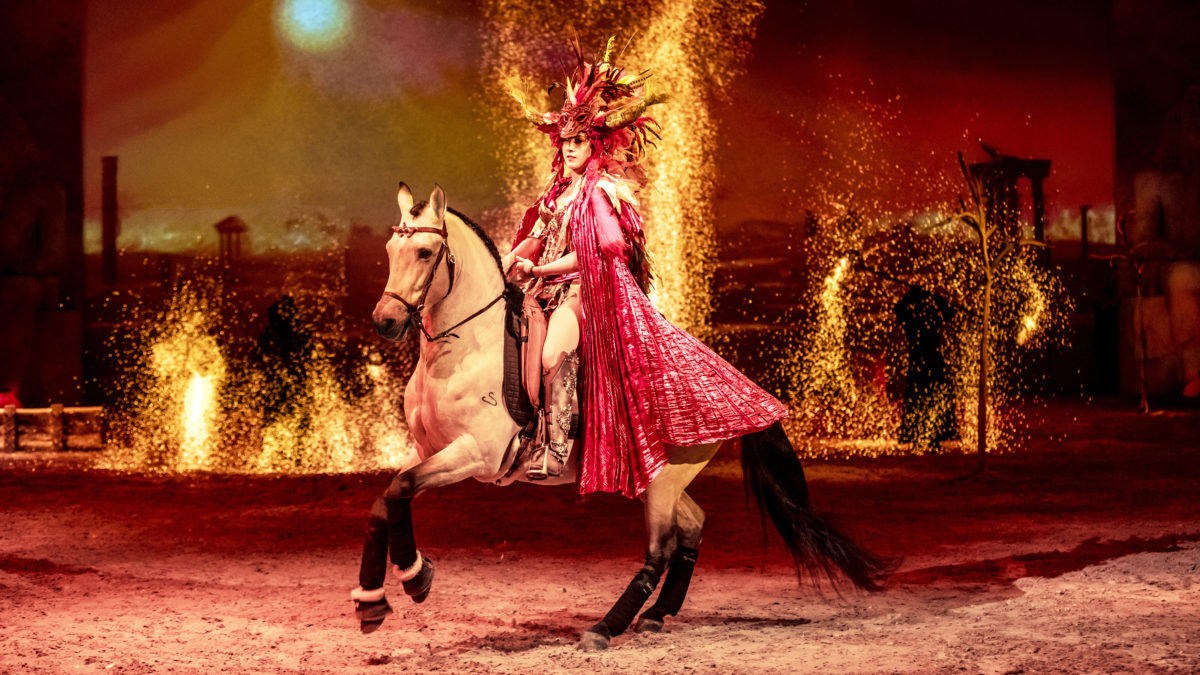 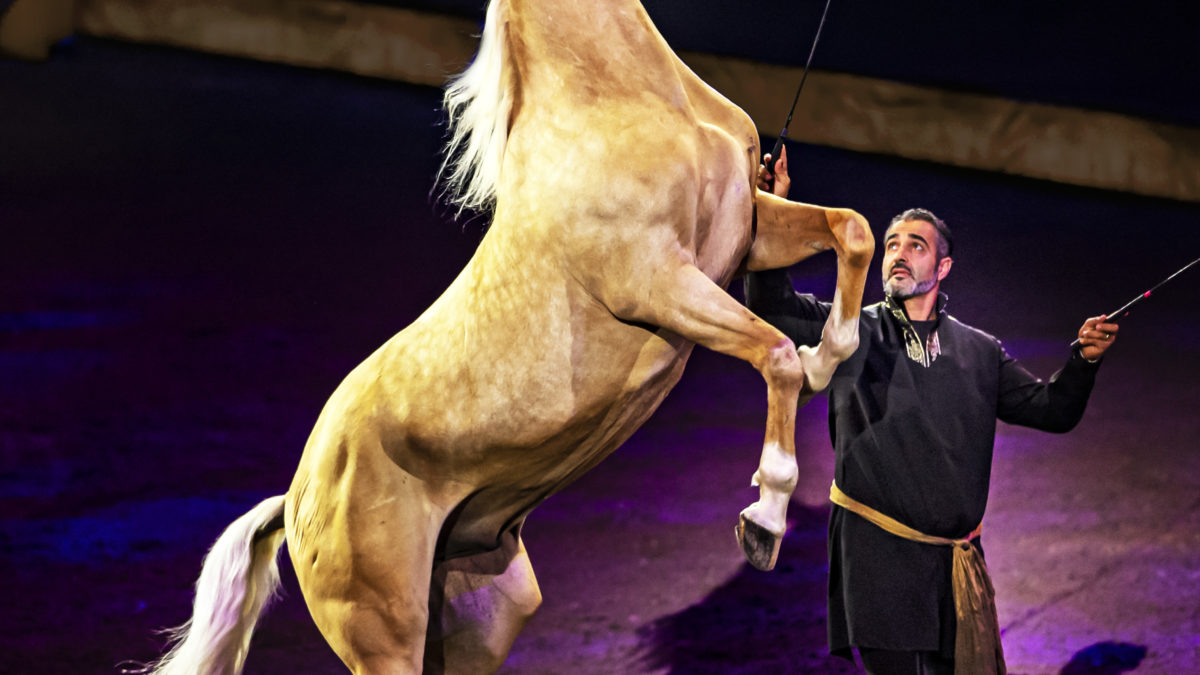 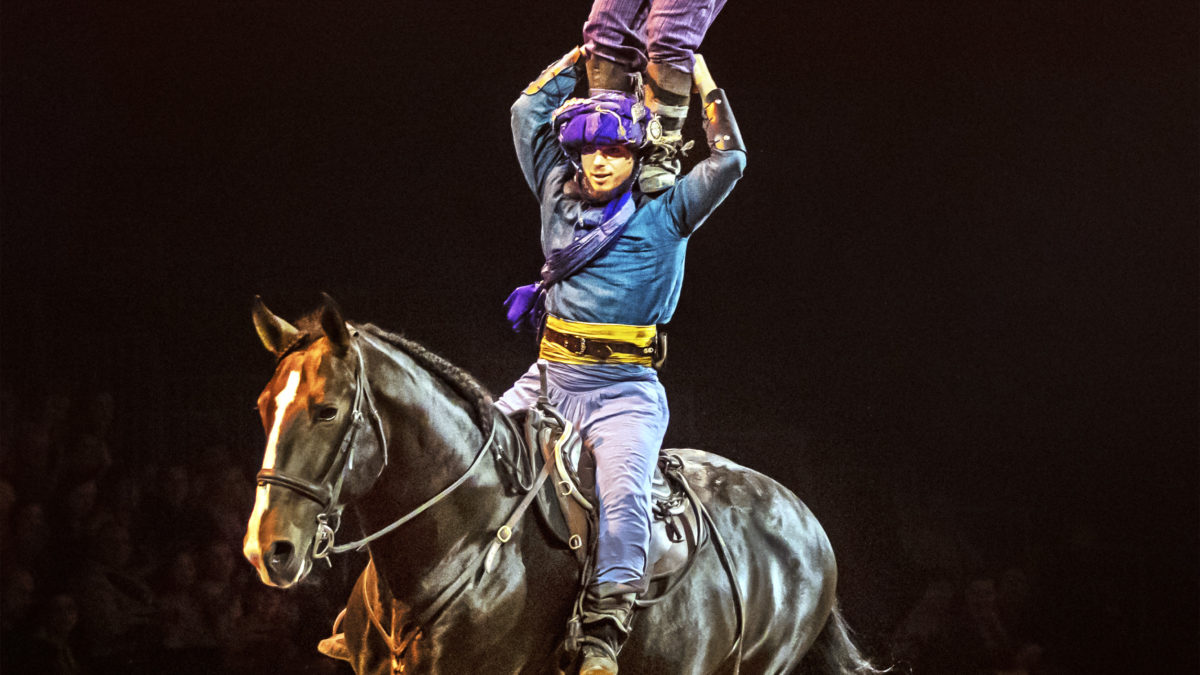 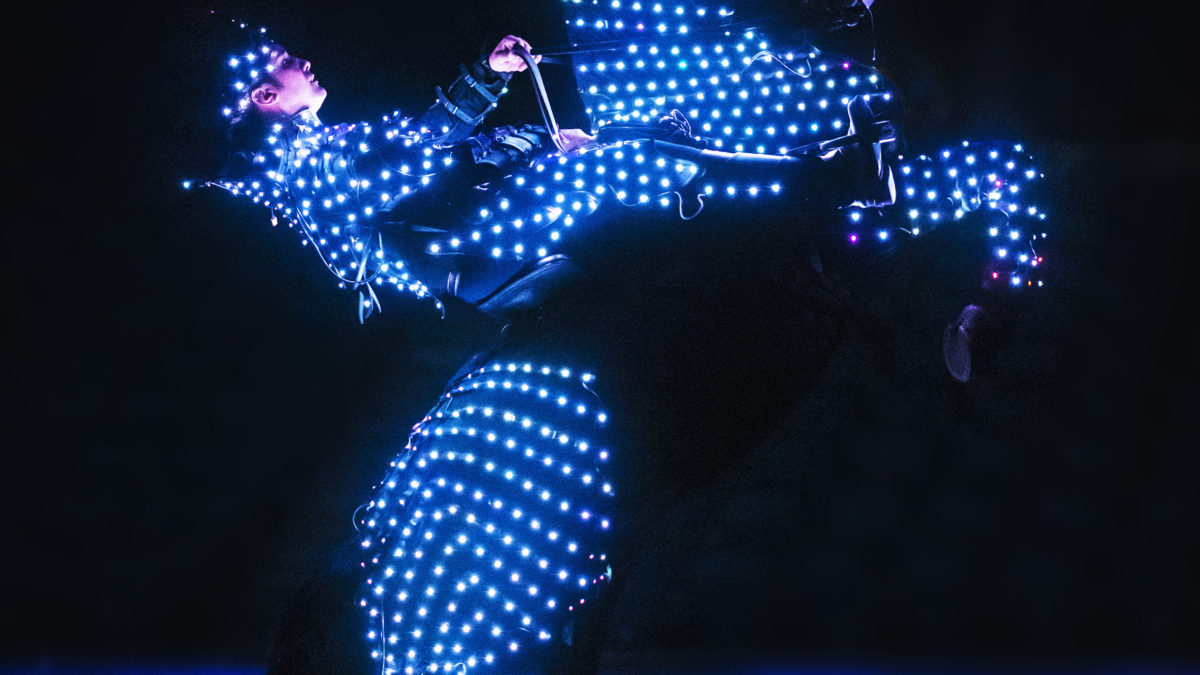 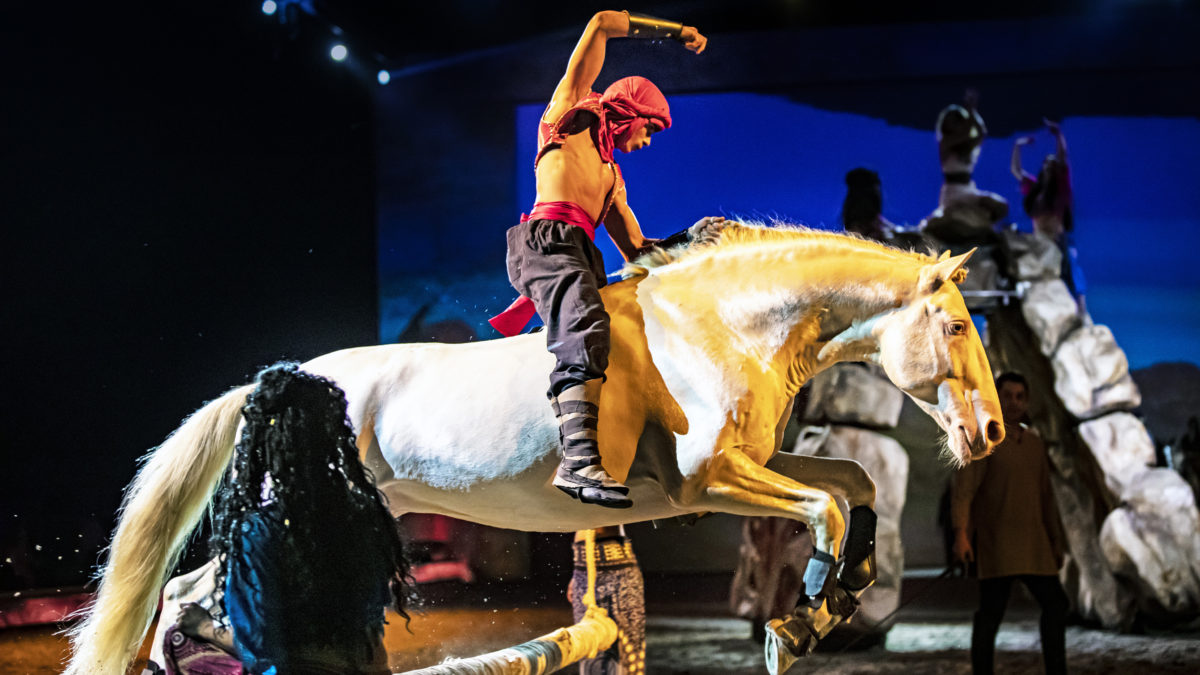 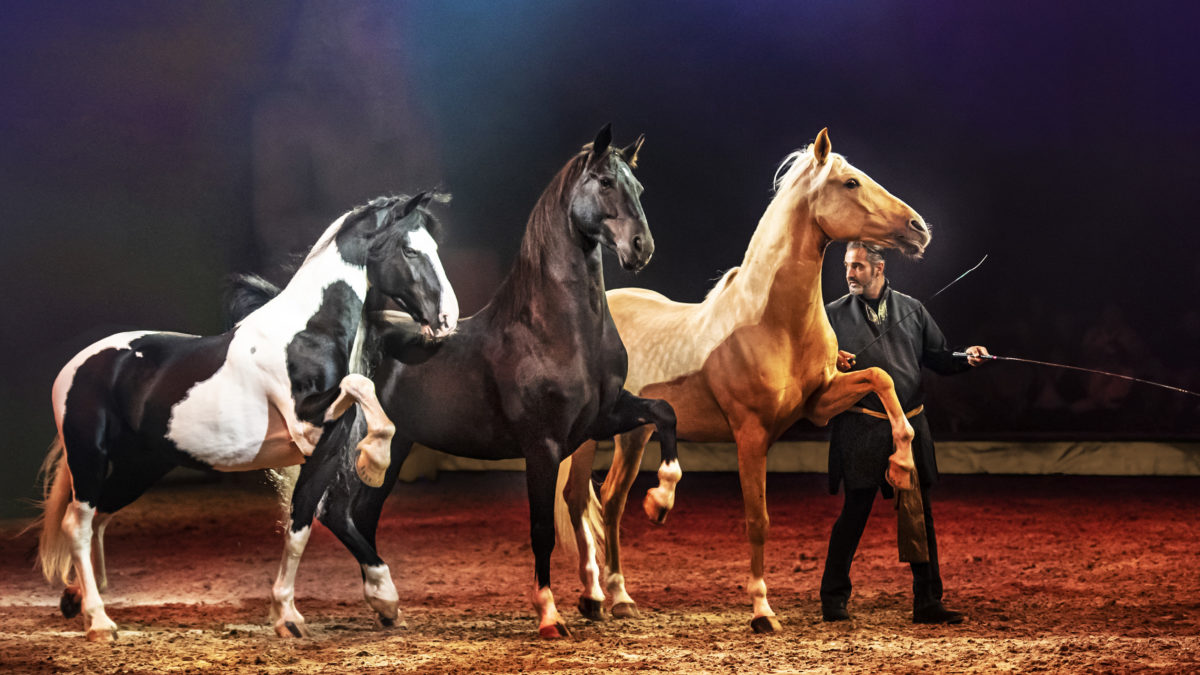 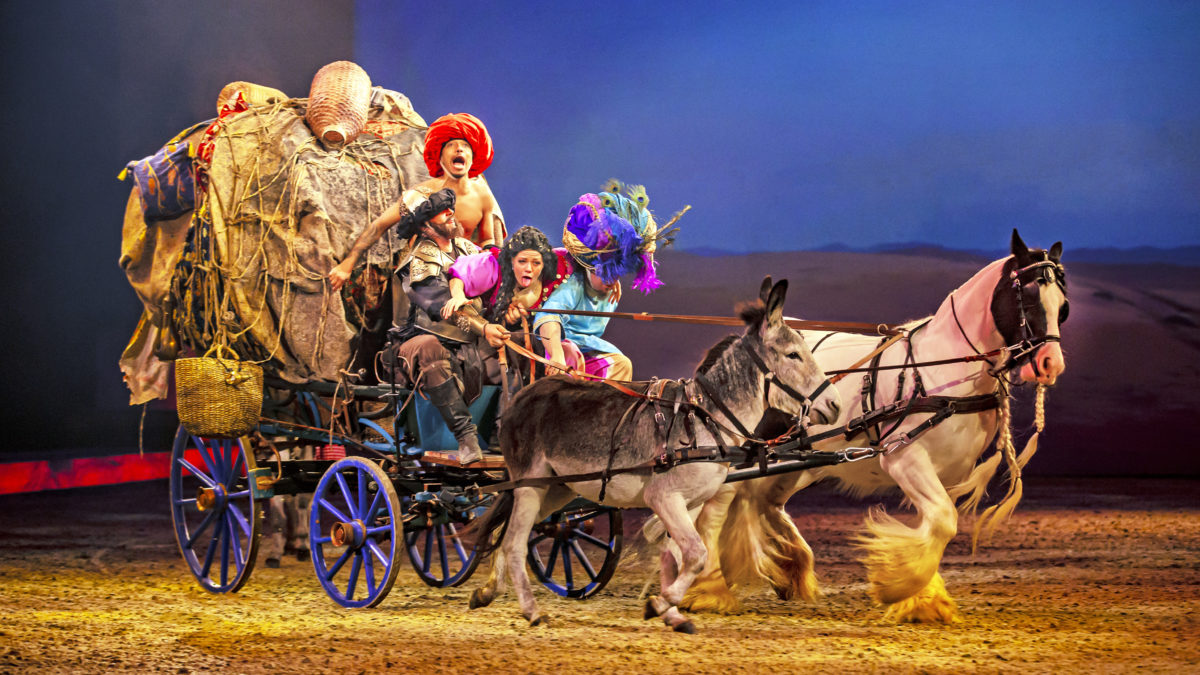 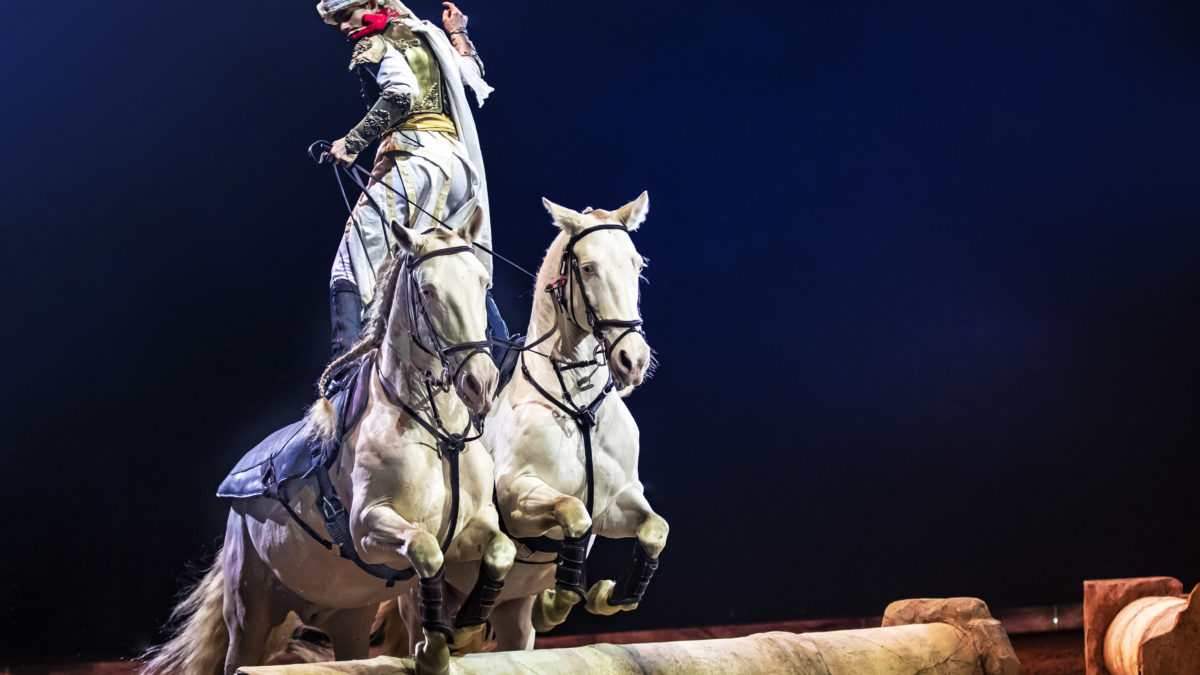 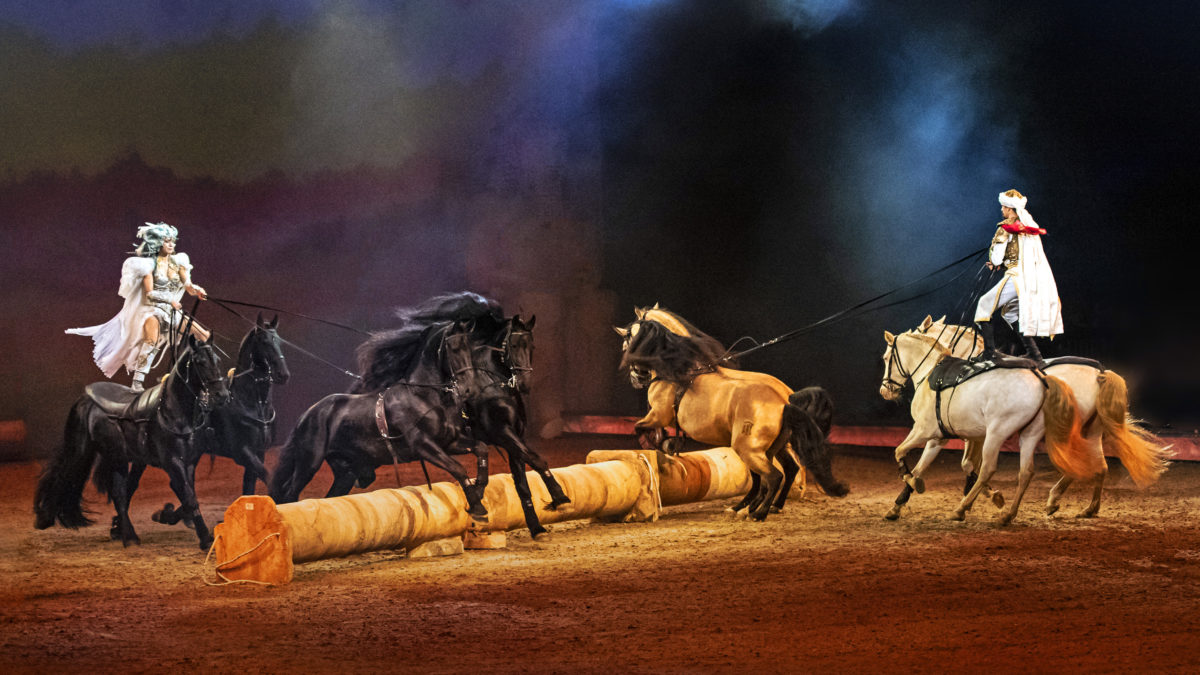 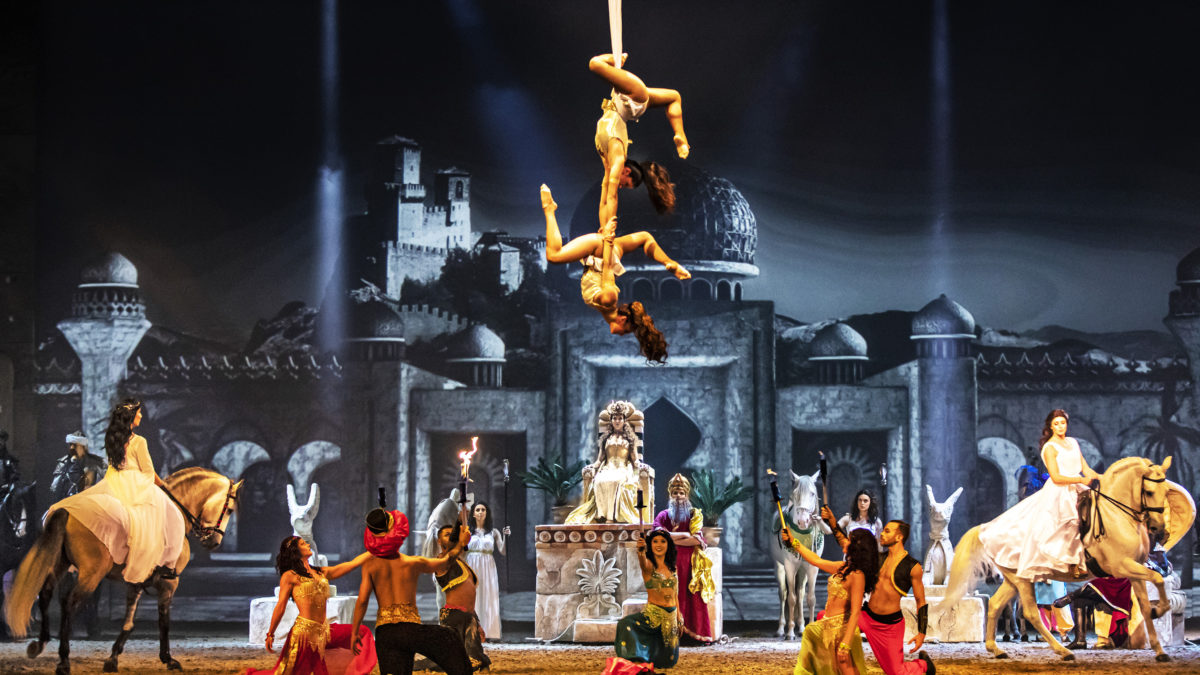 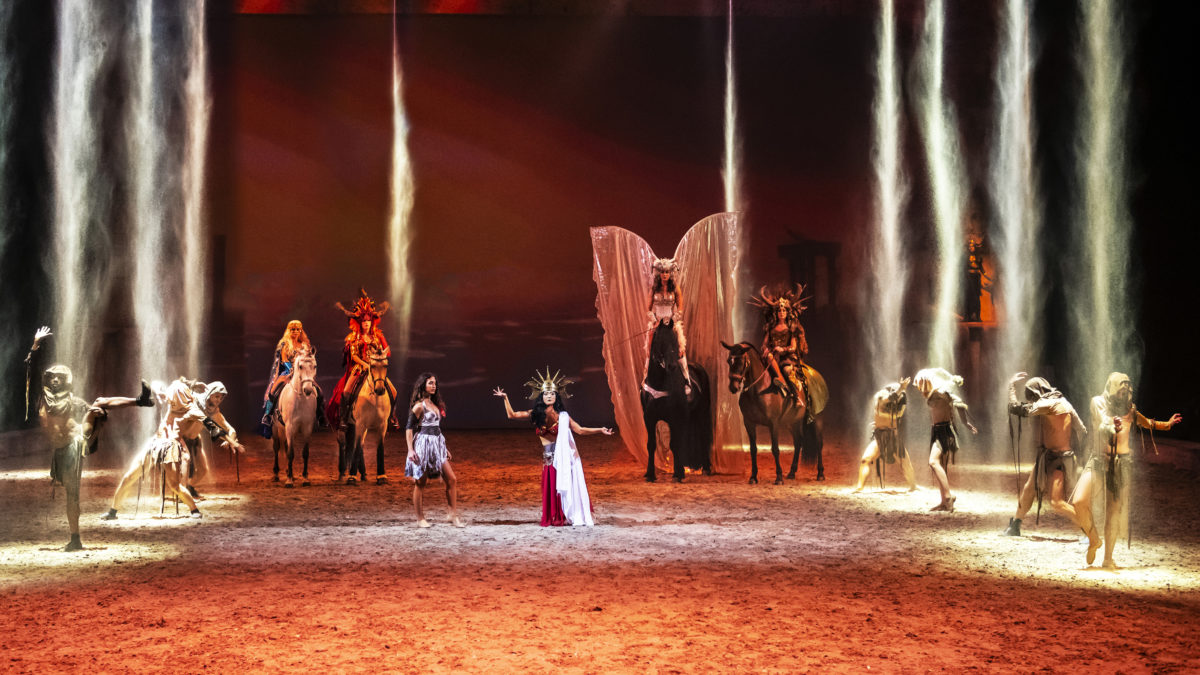 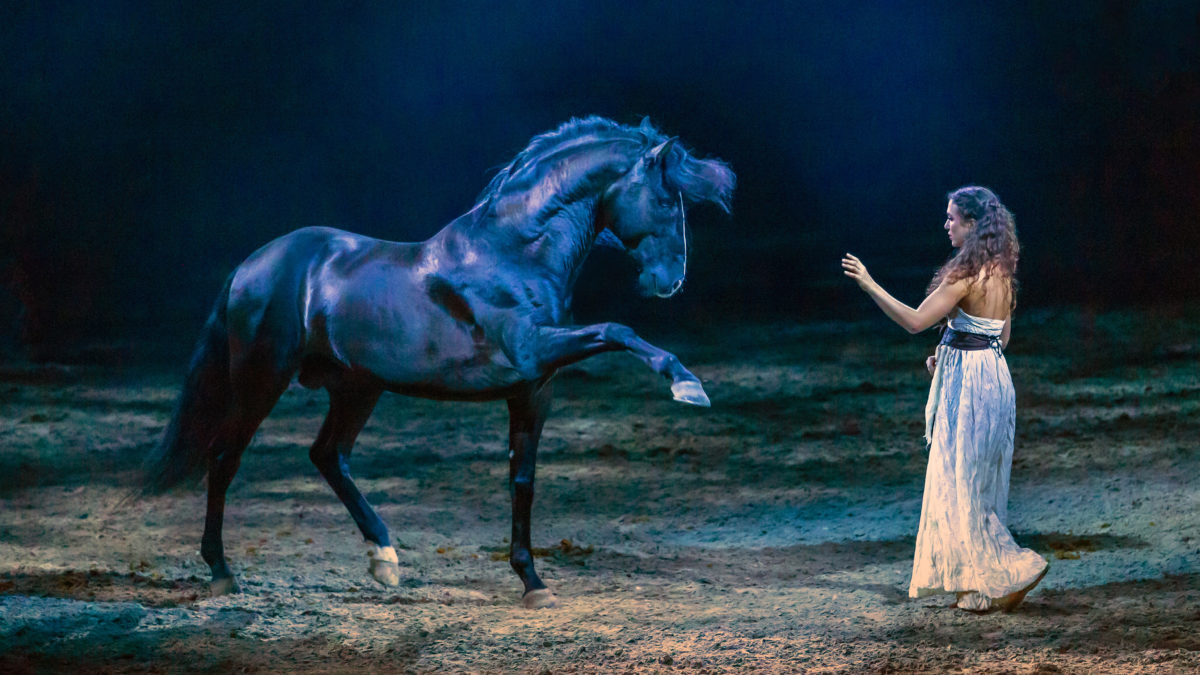 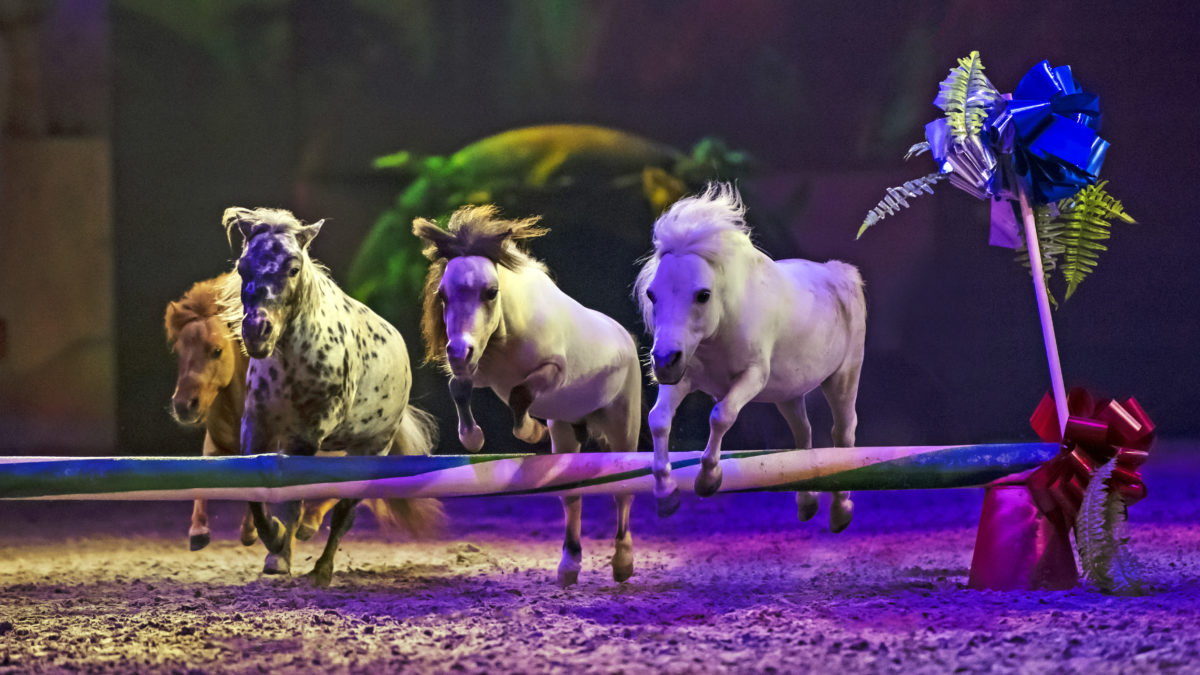 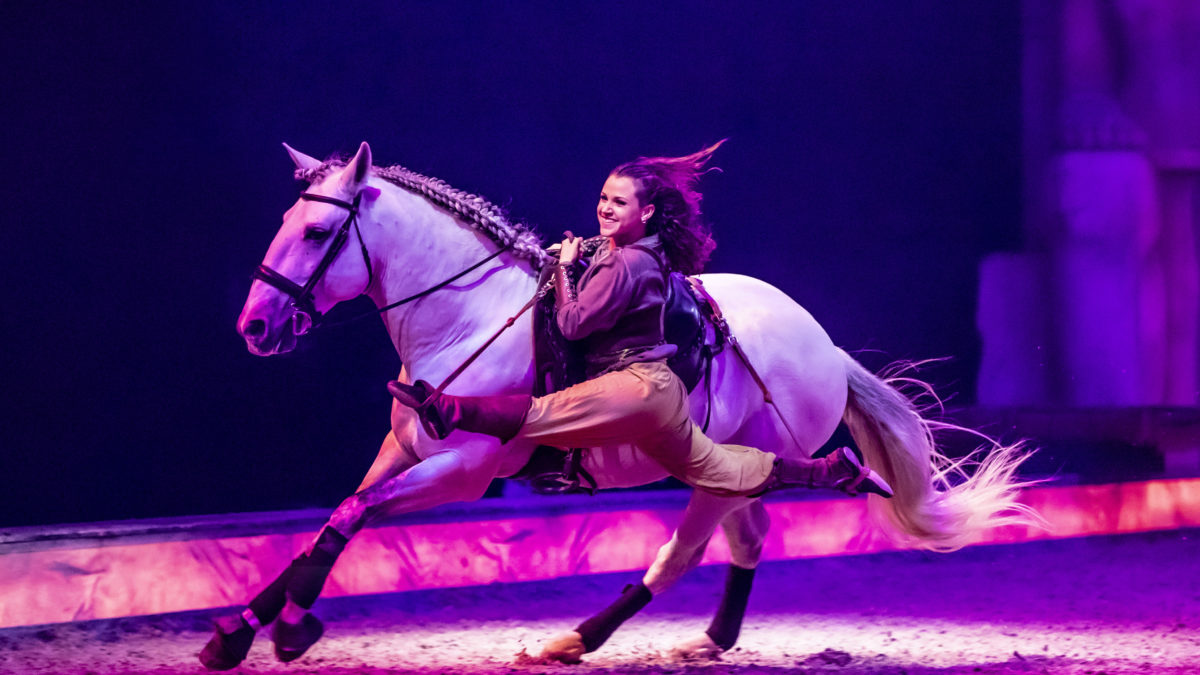 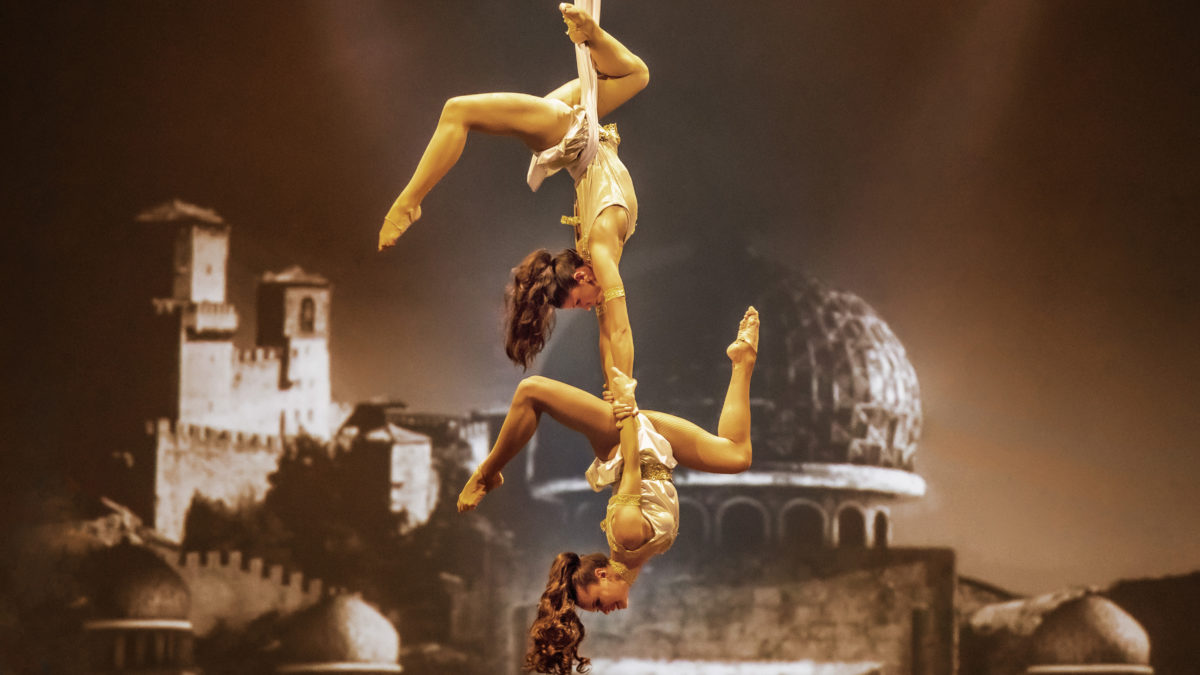 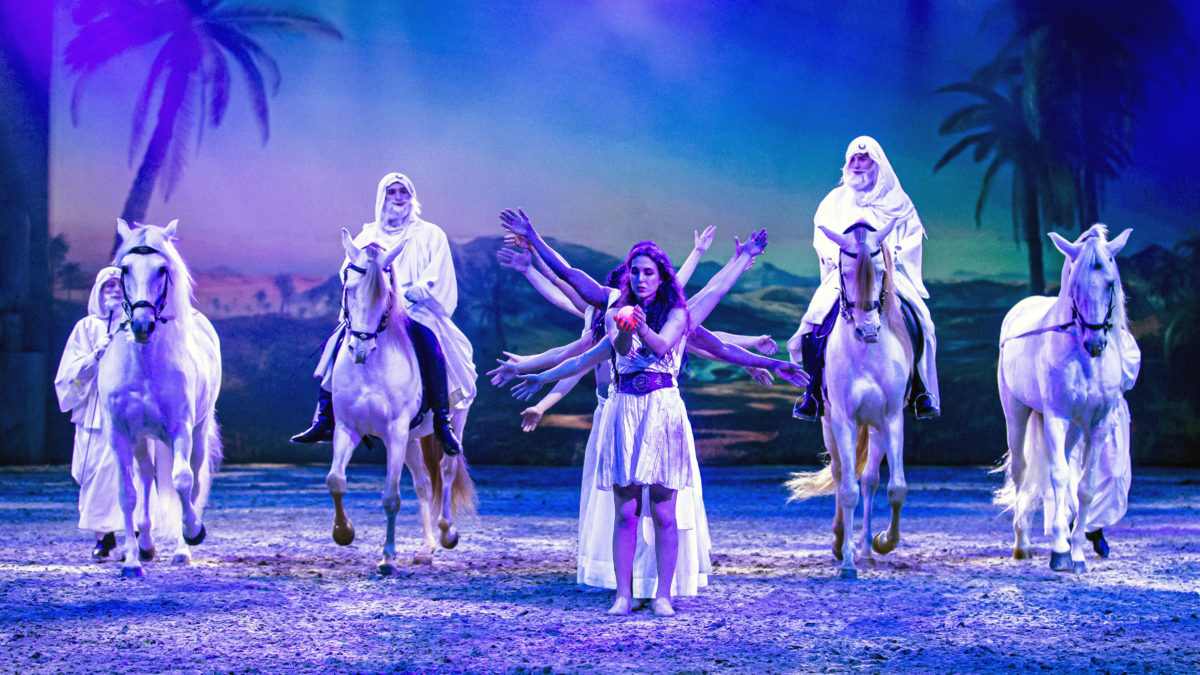 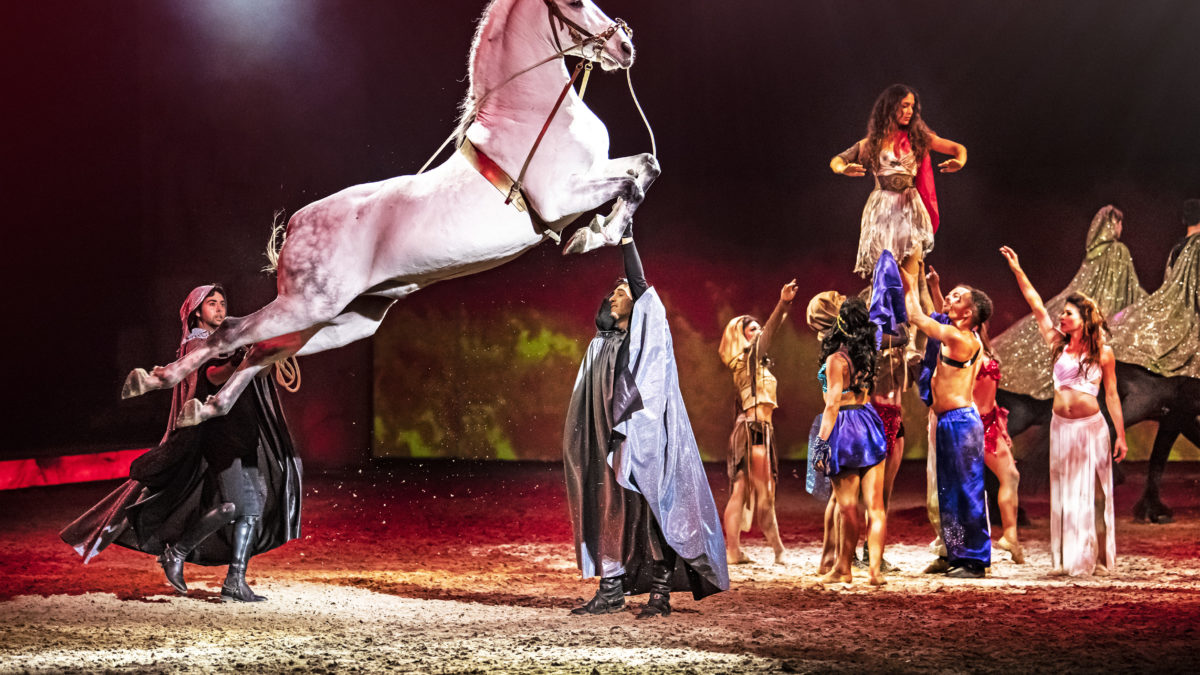 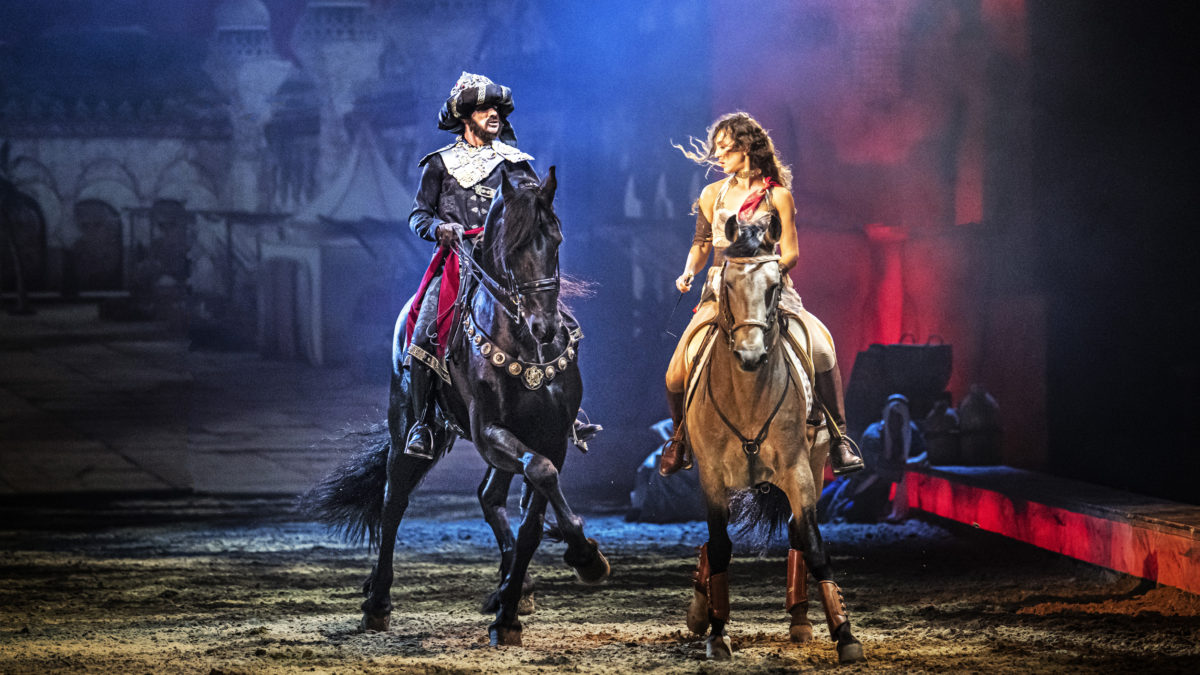 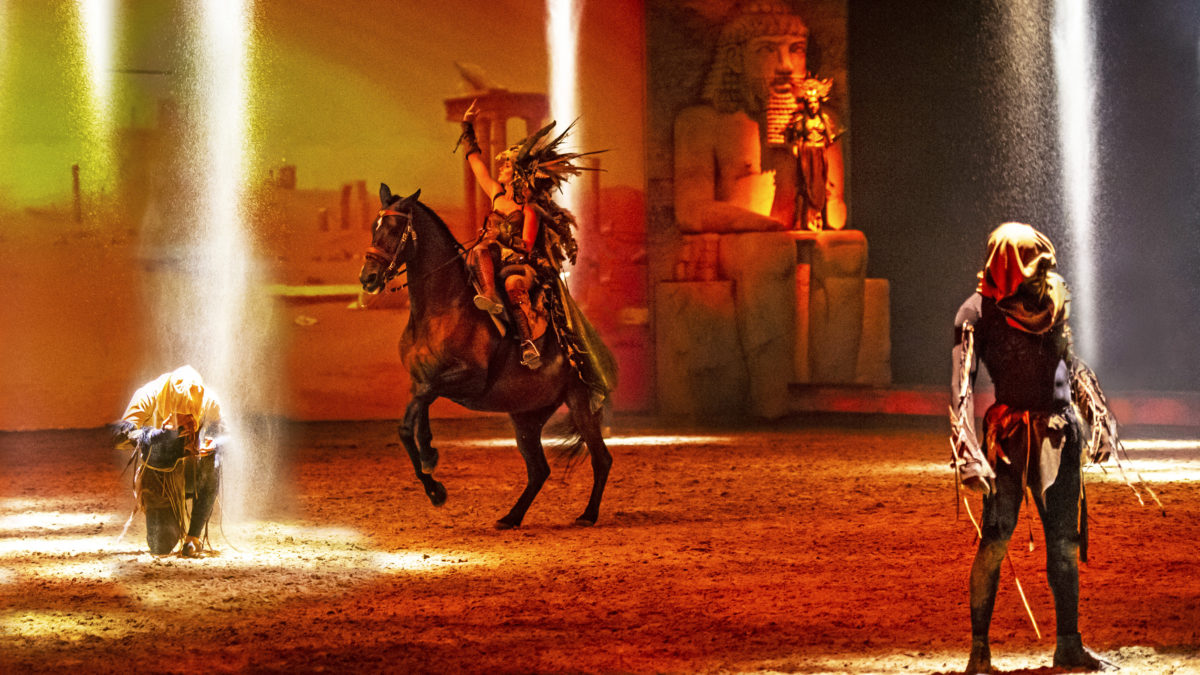 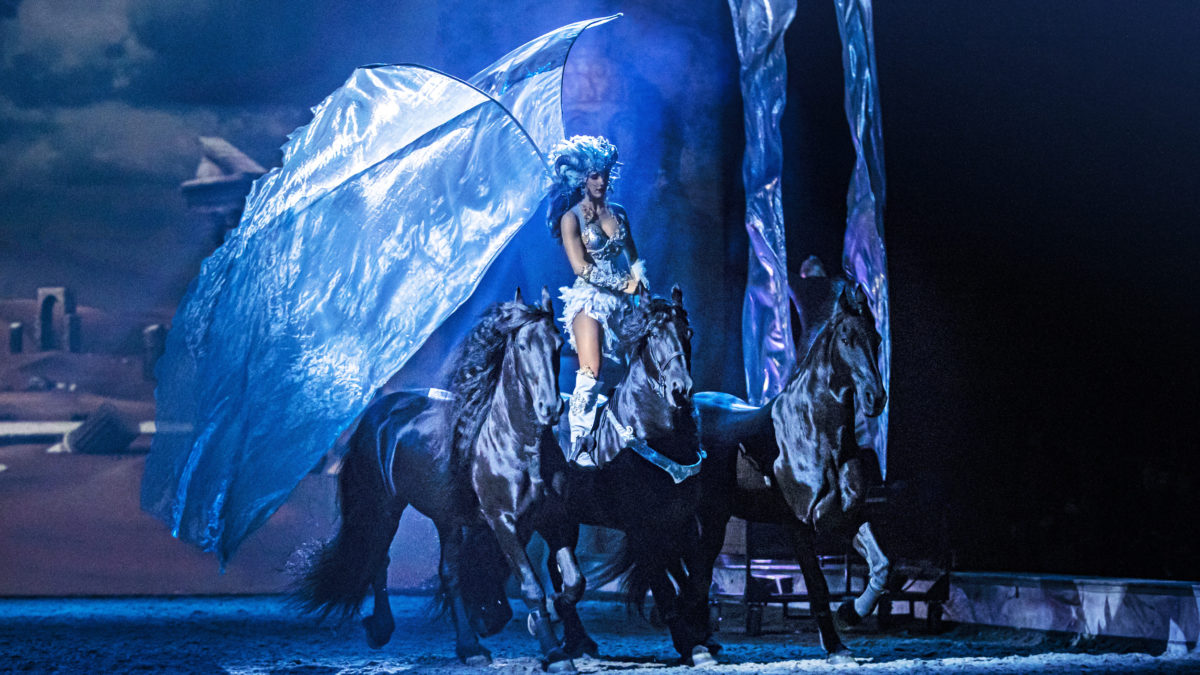 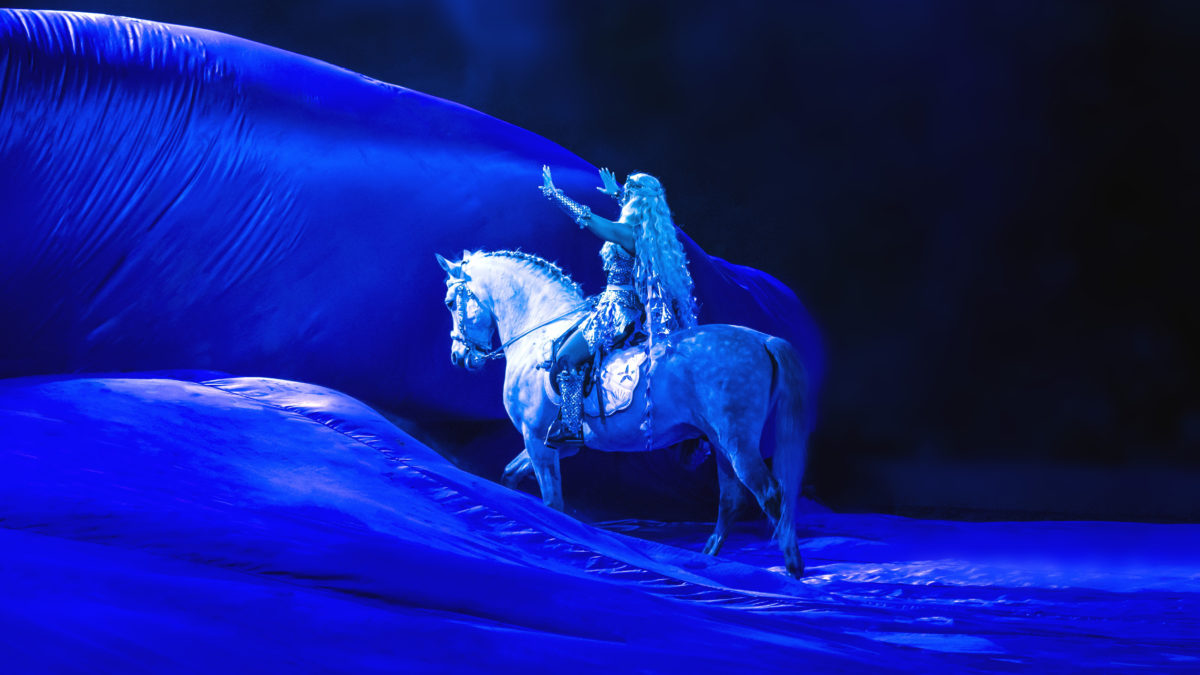 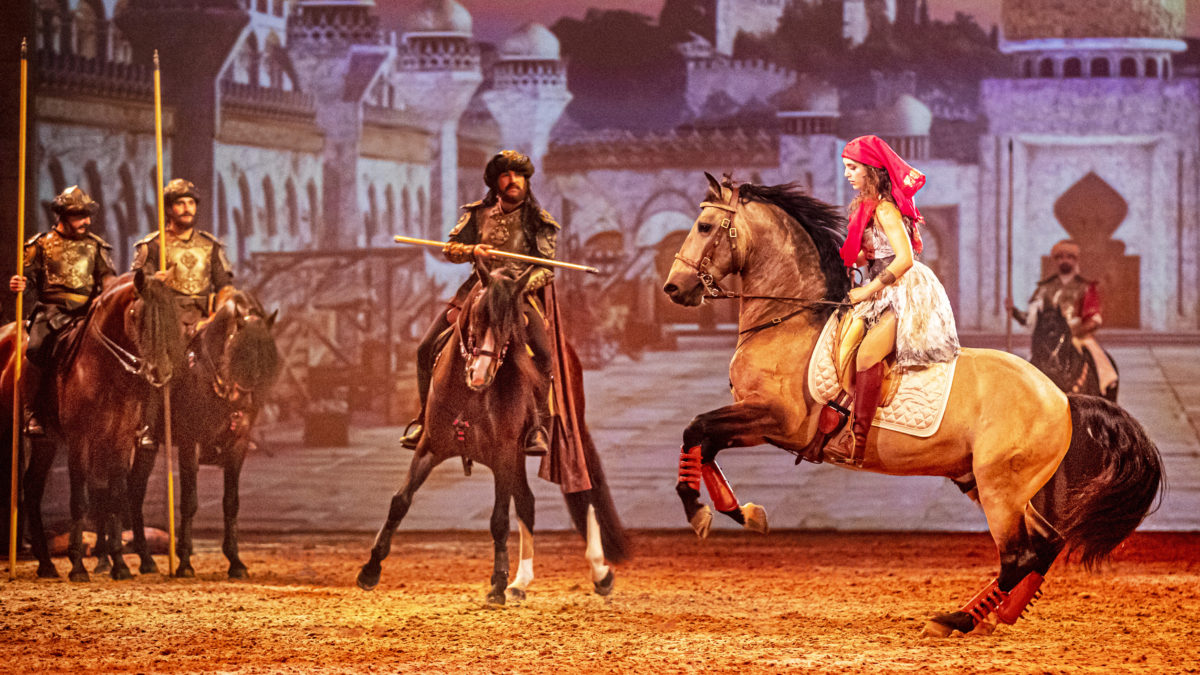