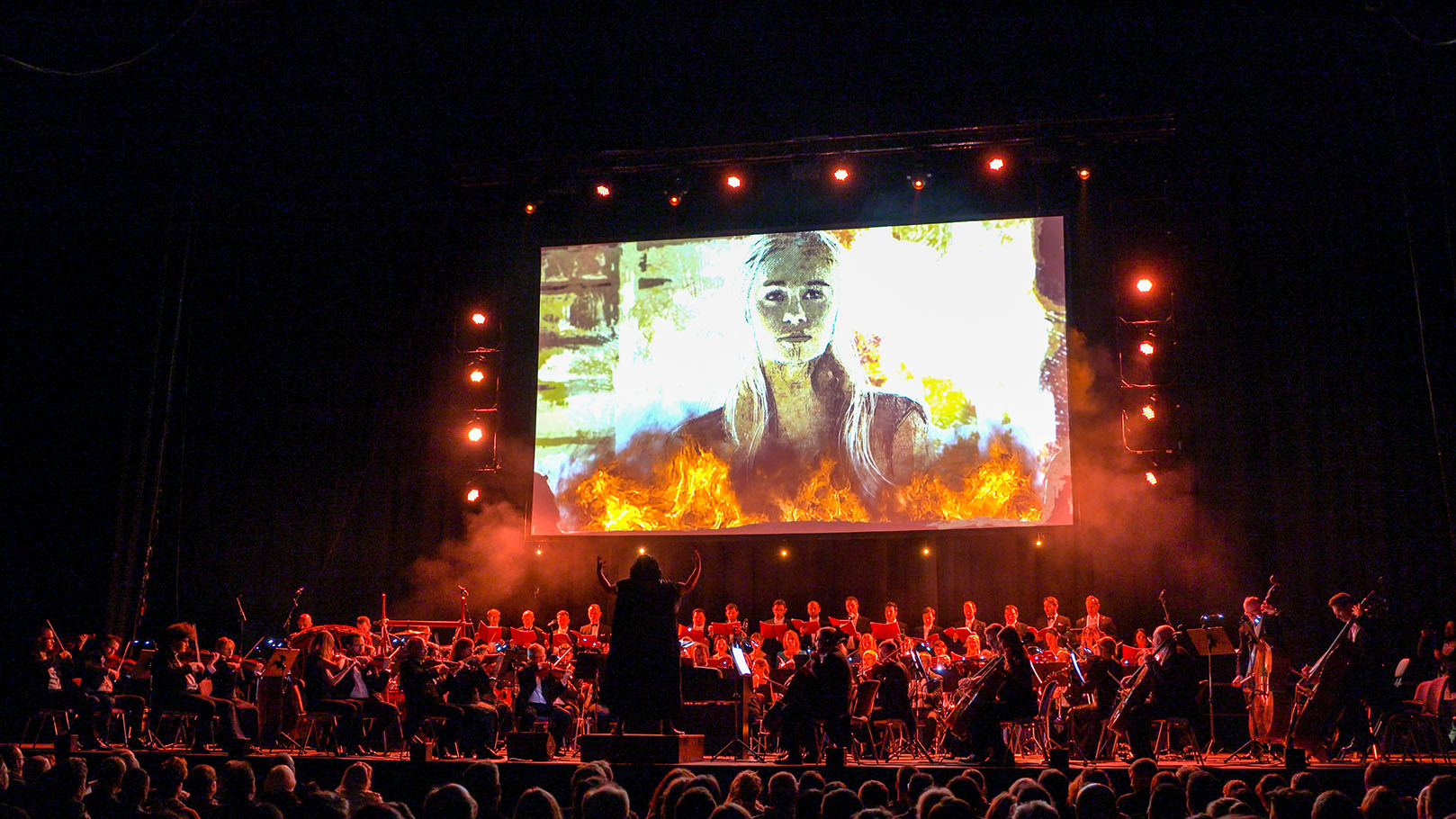 GAME OF THRONES –
the concert show

“Game of Thrones” – This series has triggered an unprecedented global hype that will continue for a long time, because the eighth season of the most famous of all TV series and announcements of several spin-offs have increased the enthusiasm even more! With “GAME OF THRONES – The Concert Show”, a gripping spectacle of a very special kind, celebrated by audiences and press, is coming to Europe on a big tour. The unmistakably heroic sound is provided by a large orchestra, a powerful choir and solo artists from the London Festival Symphonics, conducted by Stephen Ellery, who present the music from all past seasons of the hit series. On-screen animations and visual effects complete the live experience, bringing the world of Westeros and the seven kingdoms to life with extraordinary intensity. On April 1st, 2023, the concert event will be a guest in the Stadthalle in Graz. Tickets are now available.

The Duisburg-born German-Iranian composer and former assistant to Hans Zimmer, Ramin Djawadi, has created a masterpiece with the music for the “Game Of Thrones” series. In 2018 he received an Emmy Award for it.

Using state-of-the-art technology, the acclaimed London Festival Symphonics’ massive 100-strong Game of Thrones ensemble, complete with orchestra, soloists and choir, will take fans on a musical journey through the kingdoms. Fans of the groundbreaking, critically acclaimed, and 47 Emmy Award-winning series will have the opportunity to immerse themselves in the Game of Thrones adventure live.

Game of Thrones is an American fantasy television series created by David Benioff and DB Weiss for the US cable network HBO. The series is based on the novel series “A Song of Ice and Fire” (German “Das Lied von Eis und Feuer”) by George R.R. Martin, who also contributes to the series. The action is set on the fictional continents of Westeros and Essos. Resembling the European Middle Ages, the Seven Kingdoms of Westeros are shielded by a huge wall from a region of eternal winter to the north. Spring, summer, autumn and winter can last for several years or even decades, and their duration is unpredictable. The story begins at the end of a long summer and is told largely in parallel in three storylines. Tensions build between the powerful noble houses of the realm, eventually leading to an open struggle for the throne. With winter approaching, a threat from an alien race looms in the far north of Westeros, where the Night’s Watch at the Wall is tasked with protecting the kingdoms. In Essos, Daenerys Targaryen strives to regain power as heir to the Westeros royal family that was deposed years ago. The complex plot includes numerous characters and addresses, among other things, politics and power struggles, social conditions, wars and religions. The characters show differentiated moral shades.

The American premiere took place on April 17, 2011, followed by the German-language premiere on November 2, 2011. A total of eight seasons of “Game of Thrones” were broadcast and HBO is currently working on several branches, so-called spin-offs to the series.