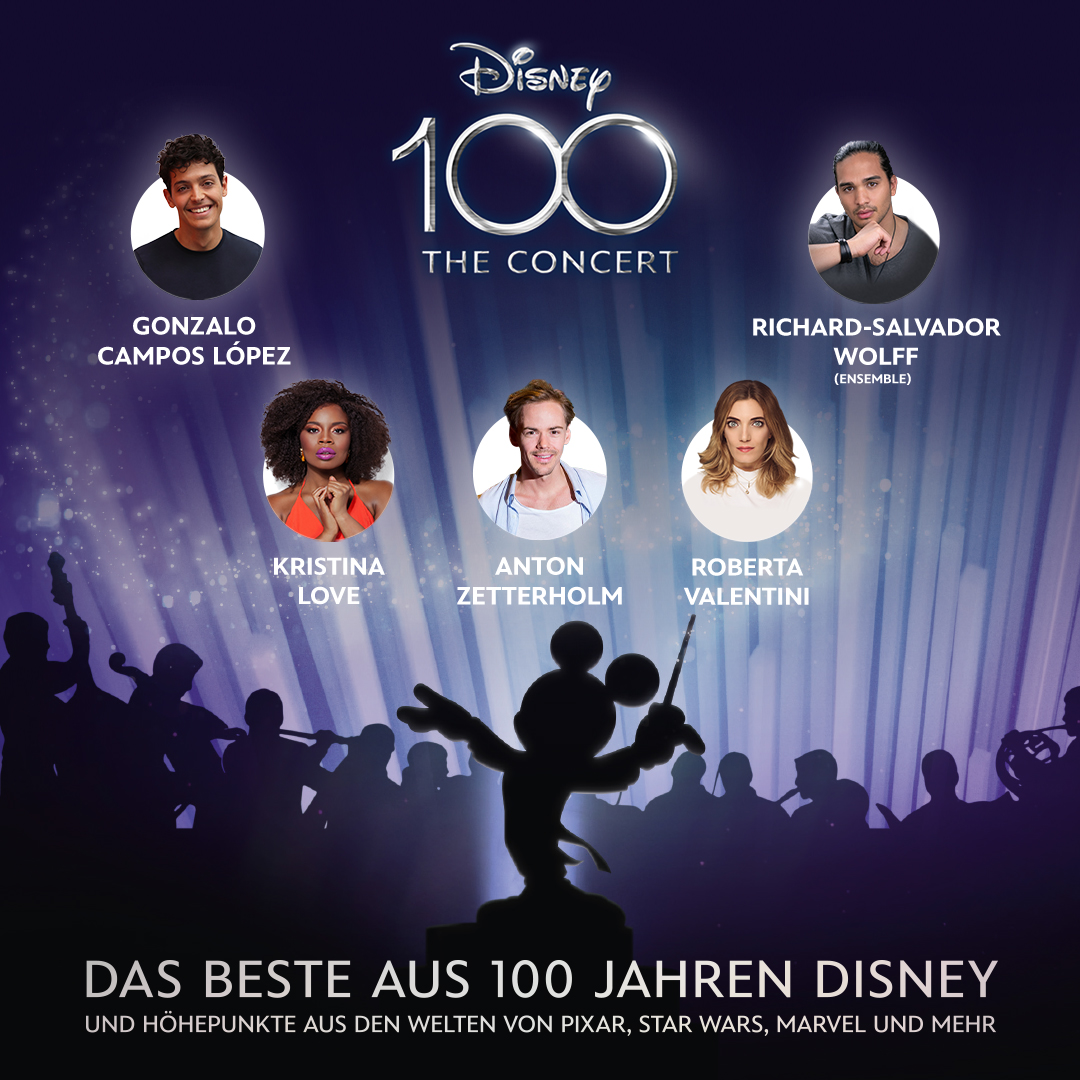 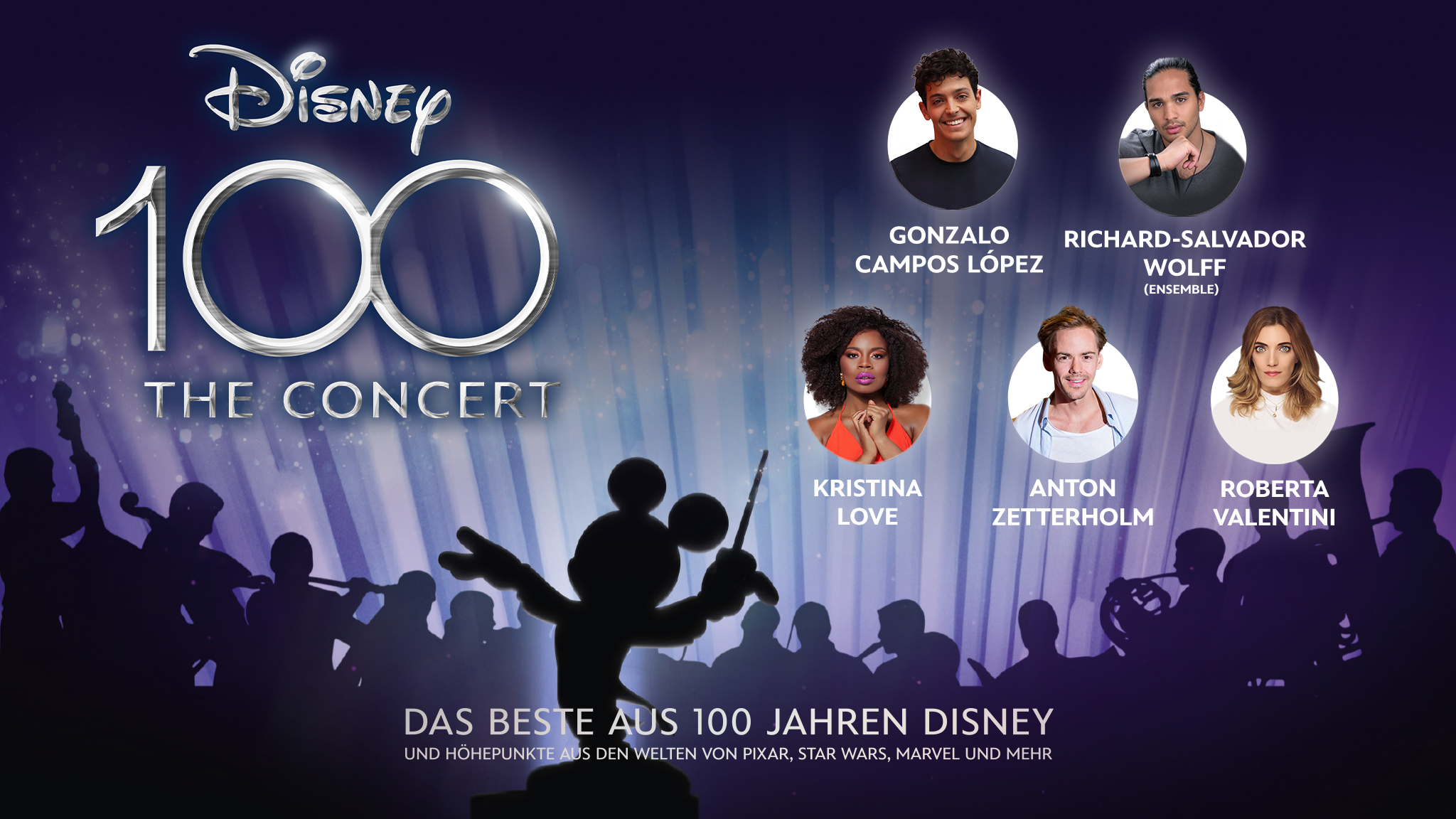 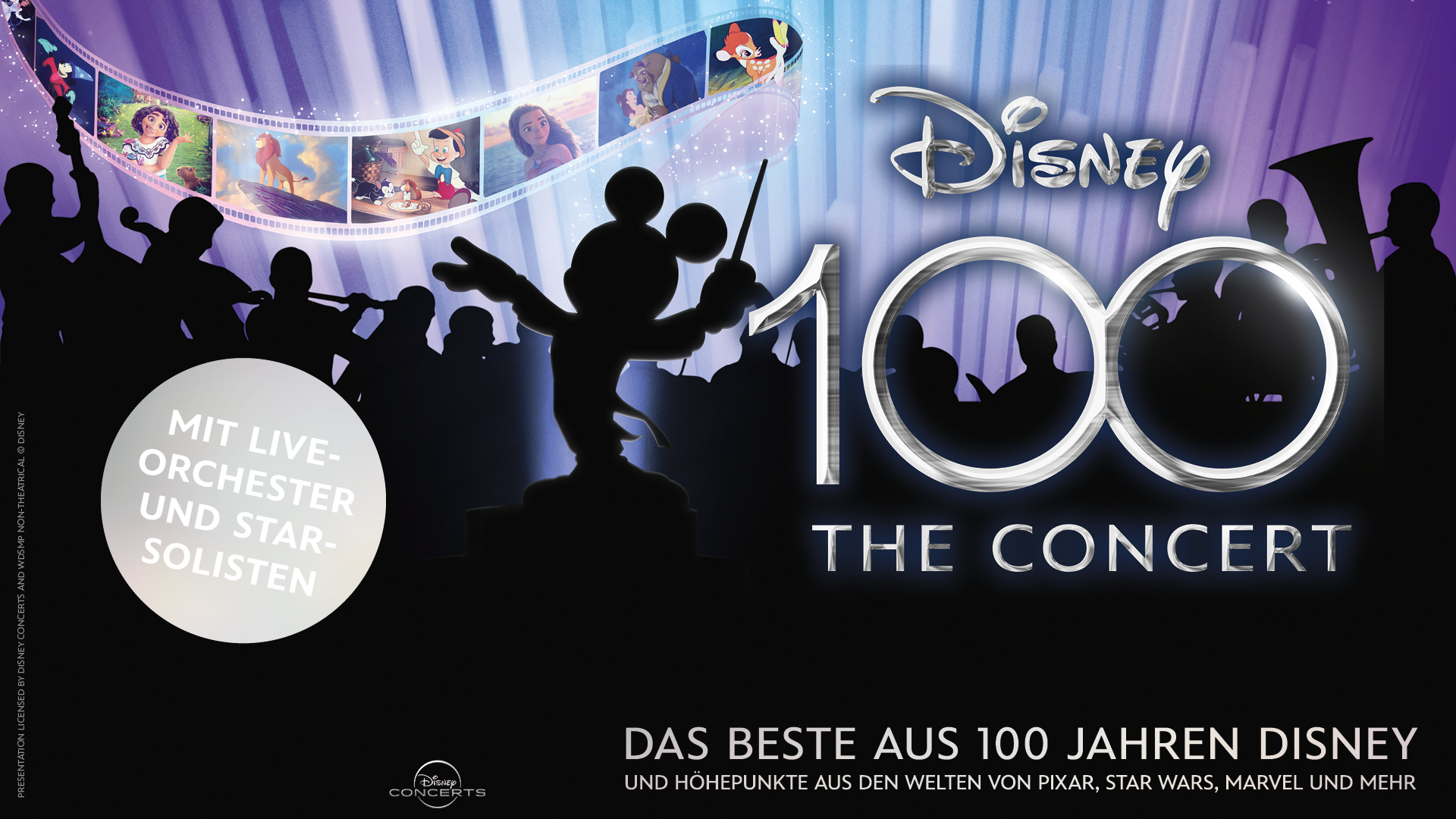 Beginning April 13, 2023, Disney100: The Concert will be touring across Europe to celebrate The Walt Disney Company’s 100th anniversary. The first star soloists for Germany, Austria and Switzerland have already been chosen: Anton Zetterholm, Kristina Love, Roberta Valentini and Gonzalo Campos López will perform the most beautiful Disney songs live together with the Hollywood Sound Orchestra under the direction of Wilhelm Keitel present and inspire on big stages. Richard-Salvador Wolff will also be there again as part of the newly added international ensemble, which will present a diverse show together with the star soloists. In the next few weeks it will be announced who will be the moderator and which soloists and ensemble members will also complete the show.

Whether under water or on the high seas, in the vastness of the universe or just in the children’s room – the stories always go to the heart and touch people of all generations – always accompanied by great, often Oscar®-winning melodies and songs. These are brought to the stage at Disney100: The Concert by a first-class cast. Disney in Concert veteran Anton Zetterholm will be back again in 2023. In 2008 he was personally chosen by Phil Collins to play the leading roles in the Disney musical Tarzan and has already impressed audiences on previous Disney in Concert tours. Kristina Love and Gonzalo Campos López will be there for the first time, but have already been able to immerse themselves in Disney’s musical worlds on productions such as Aladdin. The powerful-voiced musical actress Roberta Valentini had her big Disney premiere in 2022 and should not be missing from the 100th Disney anniversary. Richard-Salvador Wolff was also there last year and has already gained experience in the musical lead role of Aladdin Disney.

The most beautiful songs from films such as Beauty and the Beast, Mary Poppins or Encanto are presented, as well as highlights from the worlds of Pixar, Star Wars and Marvel. Together with the fantastic Hollywood Sound Orchestra, the star soloists create unforgettable moments in this multimedia live experience and celebrate 100 years of adventure, 100 years of emotions and 100 years of Disney magic with the audience.

In 2023, The Walt Disney Company celebrates its 100th anniversary. As the largest event in its history, Disney100 celebrates the impact of Disney’s unique storytelling and experiences on global culture and audiences, along with the creators and all employees who brought those stories to life. Across the extensive portfolio of its popular brands, fans worldwide can experience very special attractions, products, events, films, TV stunts, live streams and exhibitions. Disney100 will honor the past and celebrate the present, but also looks ahead to the next 100 years as the company hopes to create a whole new and equally wonderful Disney universe for families and fans around the world.